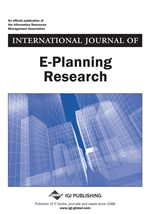 Conceptualising the Use of Digital Technologies in Spatial Planning: A Progress Report on Innovation in Britain


This article is about how best to frame the use of digital technology in spatial planning and how best to frame the evaluation of impact. The different sections argue the following points. First, the conceptualisation of digital technologies in spatial planning should pay less attention to the discourse of smart cities and more to pragmatic approaches that can cope with the Janus-faced character of technology and provide a bridge to planning theory. Then, as revealed by the assumptions of actor network theory, there are three main innovation paths—Prop-Tech, Civic-Tech, and Project-Tech—all of which have a different pattern of beneficiaries. Then, as revealed by structuration theory and unless moderated by professional ethics and explicit policy commitments, technology is likely to be concerned with the cost effectiveness of working practices. Finally, taking the various approaches together, spatial planning may be conceptualised as a field of heterogeneous elements (stakeholders and citizens, technology, place) with non-local governance and markets as external structuring forces.


To obtain a copy of the entire article, click on the link below.
www.igi-global.com/article/conceptualising-the-use-of-digital-technologies-in-spatial-planning/256873


In this digital era, innovation becomes an important element within urban planning and management to support a more effective and efficient urban service. Until now, most of the local governments in Indonesia still rely on a fully top-down approach to solve urban transportation problems. This article investigates the co-creation process in solving an urban transportation problem in Makassar City, Indonesia, by analyzing key success factors of the process. A literature review and semi-structured interviews were used to gather data from key actors involved in the process. It revealed that there are five important factors contributing to the success of a co-creation process, namely back up from the mayor, diversity of stakeholder involvement, local NGO facilitation, international NGO facilitation, and a committed team. A combination of the top-down approach and co-creation, as a participatory approach, and utilization of digital means seems to offer an opportunity for a more effective and impactful urban solution implementation in a contemporary (Indonesian) city.


To obtain a copy of the entire article, click on the link below.
www.igi-global.com/article/pasikola/256874


Despite the increase in the globally connected population, there is still a high percentage of European citizens who do not have basic digital skills. In the era of smart cities, the Digital Divide affects the possibility for citizens to participate in public life through the use of ICT tools. To deal with this issue, the European Union promotes strategies to develop e-government tools, such as digital participatory platforms (DPPs), in order to connect citizens with the public administration. The research proposes a survey of Italian DPPs, investigated through a questionnaire, to bring out which strategies have been adopted in relation to participation, social inclusion and digital illiteracy, transparency of data, processes, and user-friendliness of the platform. With regard to these issues, certain elements of success of the DPPs presented are highlighted.


To obtain a copy of the entire article, click on the link below.
www.igi-global.com/article/digital-participatory-platforms-for-urban-regeneration/256875


The article describes a personal point of view on the relationships between technology innovations in smart cities and how they are used for the benefits of the residents. Are they technologically or humanly characterized? Are we able to humanize technology for the need of the residents? Addressing my point of view, first of all, I have to confess that I belong to the “x” generation and therefore a gap divides me from updated technologies that are born almost every minute around the globe. Second, this is not a research paper or data analysis. Third, an additional set of questions will focus on the direction/s technology is pushing the interfaces with city residents. The paper argues that citizen-centered humanized approach for the future of smart cities is needed for shifting technology- centered to human and social considerations.


To obtain a copy of the entire article, click on the link below.
www.igi-global.com/article/how-to-humanize-technology-in-smart-cities/256876


Space and Planning in Secondary Cities 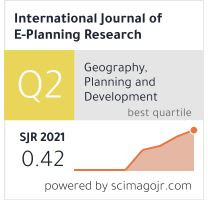 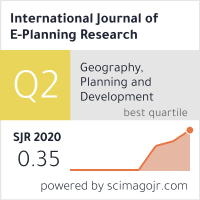 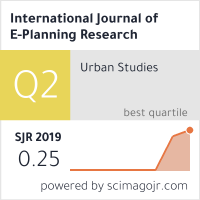 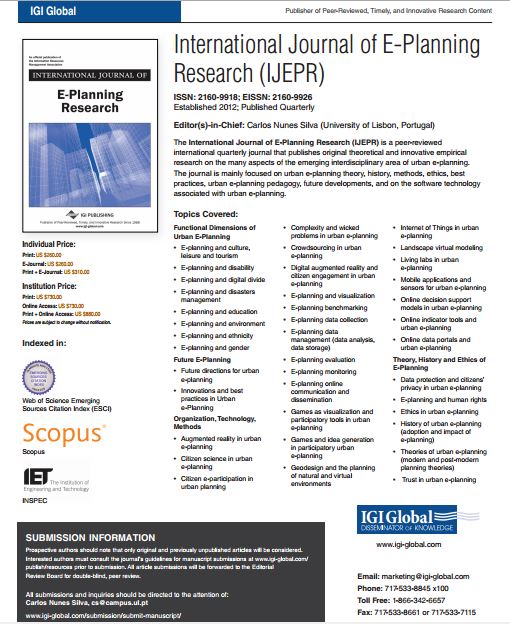 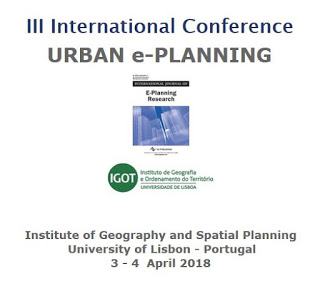 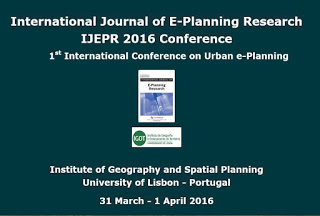